The Changing Face of The Historic Downtown Abbotsford

When the municipalities of Abbotsford and Matsqui amalgamated in the mid-1990s, the historic downtown area was a place few were attracted to for establishing a business or for shopping. Fast-forward 20 years and the demand for space is high, and the arrival of new business establishments is clearly evident, with names like ‘Montrose & George’, ‘Yes, Chef’, ‘Bureaux’, ‘Polly Fox’, and ‘Field House Brewing’, to name only a small number. 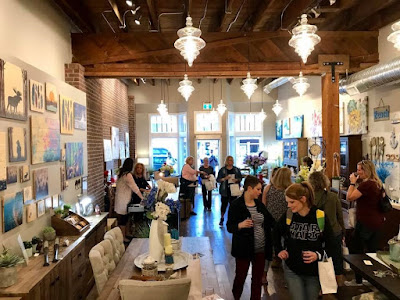 The growth over the last four years has been both exciting and encouraging. A quick survey of the owners quickly reveals a young demographic; one that brings with it an atmosphere/culture that sets it apart as unique from other parts of our city. These entrepreneurs are also unique in that they bring a collaborative spirit, rather than a competitive one. If one can share a business practice that has proven successful, he/she is quick to do so with others in this business community.

Josh Vanderheide of Fieldhouse Brewing is one such entrepreneur. His vision for Abbotsford extends beyond the boundaries of the historic downtown, however, that may be the subject of a future article. Josh has been an integral part of mobilizing fellow entrepreneurs into breathing new life into the historic downtown. An exciting part of his vision revolves around the newly-established Valley Food and Farm Collective’s Rail District Community Market, which is open every Thursday late afternoon and evening. 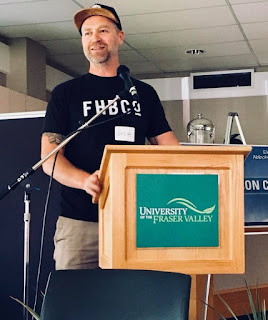 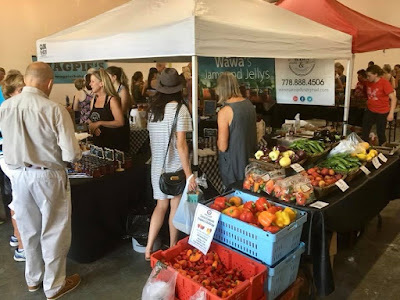 One of the keys for continued growth in this part of Abbotsford will be residential development. Such development is presently under construction on South Montrose and on George Ferguson Way & McCallum and will soon begin at the north end of Montrose, on the former Clayburn Brick Factory property. The completion of these properties will mean that additional hundreds of residents will consider the Historic Downtown as their ‘Go To’ place for shopping and eating.

The annual ‘Wine & Art Walk’ is harbinger of great and exciting things to come for the Historic Downtown. Within days, the event sells out; this year 450 tickets were sold. On a nice day, this is where people want to come to browse, shop, and socialize. And come they will. 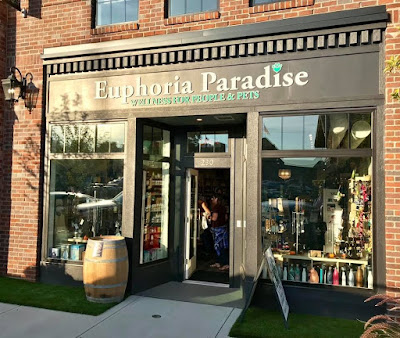 The City of Abbotsford is now in Stage 4 (Final) of adopting a plan for reshaping the Historic Downtown to reflect the input of thousands who responded to the City’s surveys. The residents of Abbotsford put people-friendly streetscapes and the preservation of its historic character at the top of their list of priorities, with respect to any future development. The top three projects the public would like to see the city embark on are: Gateway Plazas (people places), the redesign of Essendene Avenue, and Trails & Paths.

One Gateway Plaza now under construction is the reconstruction of Jubilee Park. Once completed, it will mark a southwest entrance into the downtown, as well as allow for a more efficient use of that green space. Once the Centennial Library is rebuilt, including a park-side bistro, this plaza will become a hub of activity, year-round. Reconfiguring Essendene will provide for more people-friendly sidewalk spaces, will slow down the traffic, and will draw even more people into the Historic Downtown. 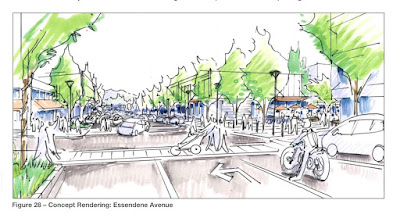 The Historic Downtown is described in the City’s literature as “…the soul of Abbotsford. The historic buildings and streets offer a glimpse into the past, reinforcing a sense of shared history, identity, and civic pride.” We want to make it into a place that will be best experienced on foot that includes unique experiences for residents. 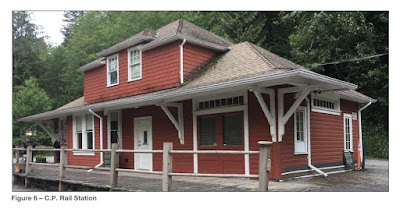 One of the best things that could happen would be for the repatriation of this C.P. Rail Station to its original location, along the tracks on Railway Street in Abbotsford.