The White Elephant That Isn’t

Abbotsford Centre has become a key component of this city’s social infrastructure. It continues to serve an increasingly larger clientele and is proving to have a significant economic impact in our community.

Its formative years had some challenges, not least of which was the fallout from the political climate of the day. In fact, some opponents refuse to enter the building to this day. Thankfully, for this growing city, the resolve of the community leaders of the day prevailed. We were the only Census Metropolitan Area in Canada not to have a dedicated entertainment/sports facility. An abbreviated attempt to host an AHL franchise created initial financial challenges, however, the “New Game”, as it was dubbed, ushered in a strategy that has overcome the challenges referenced above.

While the Centre awaits a long-term tenant (ie. a hockey team), the entertainment side of the operation has elevated the Centre to the top among its competitors, resulting in a financial position not expected. This is the result of astute leadership, both at the senior staff level and at the Centre itself.  The City will continue to keep an open door to any potential long-term tenant (ie. Hockey), however, it will not do so with Abbotsford residents’ tax dollars.

In 2017, the Centre was recognized as the #1 Entertainment venue in Canada and in the Pacific Northwest based on tickets sold, for facilities with a 5001 – 10,000 seating capacity, and overall, ranked #11 in Canada. In fact, Abbotsford Centre surpassed the larger Saddledome in Calgary. Worldwide, the Abbotsford Centre was ranked as #148. 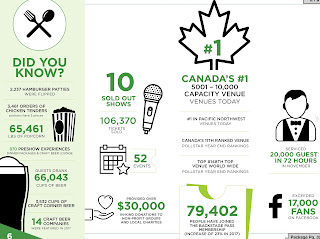 Increasingly more patrons are finding their way to events in Abbotsford from Metro Vancouver. That percentage has increased from 35% in 2016 to 44% in 2017. Approximately 10% of attendees are from outside our province, primarily from the U.S. These figures speak to the quality of entertainment that the Centre’s management has been signing to contracts. The facility’s size and its physical design have persuaded entertainment acts to return. Unlike the first years of operation, every show in 2017 finished ‘in the black’ – another testament to the Centre’s management team.

In 2017, the venue hosted 52 events, of which 33 were ticketed, with 10 concerts being sold out. Non-ticketed events included convocations, minor hockey, and public walking, which averaged 159 walkers per month. The extent to which the venue is now being opened to a wider range of community use does not show up in financial statistics, but nonetheless, it is a measure of the value this venue has in helping build a “complete community”. 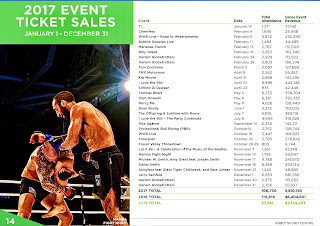 Like all recreational facilities (parks, trails, pools & gyms), Abbotsford Centre is subsidized with taxpayer dollars. In its first years, that subsidy was as high as $4m/annum. Since then, it has decreased to $882k/annum. Put into perspective, the Matsqui and Abbotsford Recreational Centres’ combined subsidy is approaching $2.5m/annum. Abbotsford Centre, along with The Reach and the Abbotsford Recreational Centre (Plan ‘A’ capital projects) were amortized over 20 and 25 year periods at very low interest rate. Consequently, those mortgages will extend to 2027 and 2032, and represent the only debt now carried by the City.

For any community to provide the quality of life expected by its residents, social infrastructure is becoming increasingly important, not unlike economic infrastructure like transit and transportation. Abbotsford boasts the highest percentage among its neighbouring jurisdictions in terms of residents who both live and work in Abbotsford (approximately 65%). The city’s largest single demographic is the young family; they want to live, work, and play in Abbotsford, and the Abbotsford Centre will be a key consideration in attracting and keeping young families here. Additionally, it will play an important role in the life of the newly-adopted UDistrict neighbourhood.